China is often referred to as The Great Firewall by netizens. Why? It is because the state tends to block a number of websites and apps in China which are otherwise accessible in the world. Chinese authorities keep a tight check on the internet activities of its people.

Therefore, it is imperative that you use a VPN because if you will be traveling to the country anytime soon, a VPN is your only companion. Although, it is best to sign up for a VPN before visiting the country since China has also banned majority of VPN websites.

So if you are looking to unblock sites such as Facebook and service such as Google, heck Tinder or even Netflix US. Below is a list of VPNs that work seamlessly in China.

ExpressVPN is easily the most popular VPN provider. Although, not the cheapest of the lot but is useful tool for when in China. The number of servers is humongous i.e. 148 and it has excellent customer support. Meaning you connect from any number of locations in the world (94 to be precise), and in case of troubleshooting, count on its customer support.

With ExpressVPN you get support for up to three simultaneous connections. The app caters to all major platforms including Windows, Mac, iOS, Android, Linux, Firestick and compatible routers. It is said that ExpressVPN is able to maintain its server uptime 99.9% of the time which is saying something.

It lets you unblock Netflix US, Hulu and other streaming services with consistent speeds. You can also practice torrenting safely with an ExpressVPN subscription. It can prove to be a little pricey than other VPN providers but has a 30-day money back guarantee so if you are not satisfied, you can always get your money back!

NordVPN services are now available in China as well. It is an excellent VPN provider and a budget friendly one. You get support for six simultaneous connections in an affordable pricing range. If you are a streaming fan, you can unblock all major platforms such as Netflix US, Amazon Prime Video and Hulu etc.

P2P support is great, meaning you can practice torrenting safely with a NordVPN subscription. Moreover, NordVPN believes in zero logging policy and is in total compliance with GDPR standards. In other words, the provider keeps no information on its users except may be email address and name.

For all those seeking anonymity while in China, Nord is an excellent companion. Servers are purpose built. There are those for streaming and then there are those with rock-solid security. So you get best of both worlds; speed + privacy.

It has features such as prevention against DDoS, lightning fast streaming speeds, and an in-built Tor with a VPN. Its strong encryption makes NordVPN stand out of the lot. Apps for Windows and Mac are currently supported. Android version is in its beta form whereas iOS support isn’t available (at this time).

Surfshark is another up and rising VPN service that is quickly capturing the market share. For folks who are in China and want to binge watch their favorite shows such as on Netflix and Hulu can now safely unblock them.

The servers are mainly based in the North America and Europe. A single subscription gives you access on unlimited devices unlike other VPN providers where simultaneous connections are either limited to five or three. So it’s just not you but your family and friends who can stay safe as well, while in China.

Surfshark is in full compliance with GDPR and does not keep logs of its users. Also, it packs enhanced encryption protocols. You get an internet kill switch alongside P2P optimized servers which allows you to practice downloading at blazing fast speeds.

With Surfshark you can experience occasional slow connectivity because it has a relatively lower count of servers. Still, you cannot rule out its significance.

VyprVPN does not have a rented infrastructure, meaning the servers are its own and not rented. That makes the company more capable of providing unparalleled VPN services such as faster downloading and streaming speeds, wide array of encryption protocols and other advanced features such as Chameleon.

The obfuscation technology is high end which even the Great Firewall of China cannot keep at bay. Hence why it could prove to be a pricey option for folks in China when compared with other providers, however, for payment convenience, VyprVPN accepts payment via Alipay and PayPal.

Servers are adequately spread worldwide so there’s that – assuring you of greater ease in connectivity. Customer support is a standout feature and packs a live chat facility so any troubleshooting issues you might be facing, can be resolved in a timely manner over live chat.

Although, a slight complaint here is that VyprVPN keeps logs of its users but no ethical violation has been so far reported. To be honest, it is anybody’s guess at this time. For folks who love to torrent or fans of Popcorn Time, it is advisable to look elsewhere in this regards.

Logging information is kept for a period of 30 days which the company claims is done to improve its services. Apps support for all major platforms is included. Furthermore, if you are not convinced you can avail its 30-day no strings attached money back guarantee.

A Singapore based provider that has over 1000 servers in more than 100 locations. It is good for unblocking streaming services such as Netflix US. Speed tests show fast and reliable speeds for both downloading and streaming.

Ivacy adheres to no browsing logs policy as well and provides its users with an internet kill switch (in the case your network disconnects for whatever reason). It provides 256-bit military grade encryption that will be difficult for Chinese authorities to bypass. Moreover, Ivacy is the pioneer of Split Tunneling feature – letting you access both foreign and local web services, at the same time.

Supports all major devices and provides connection on up to five of them simultaneously.

Known for its stealth feature the obfuscation technology is next level. The improved layer of security lets you surf the internet in China, anonymously. Speeds are decent enough to help you stream Netflix US, BBC iPlayer and Hulu among other services.

No logs or metadata is stored by PrivateVPN on its servers. Customer support is available via live chat or you can create a ticket from user dashboard for speedy resolution of any issues you might be having. Though the list of servers is far and few but you can always opt out with its 30-day money back guarantee.

What are the blocked websites or apps in China?

Legality status of VPNs in China

China is called The Great Firewall for a reason as it comes down hard on VPN providers. In the year 2017, Chinese authorities ordered a crackdown on VPN services that went till the March of 2018. Officially, China does not favor cyber security laws and for VPN to operate in China is a cardinal sin.

All of the aforementioned VPN providers operate outside of the Chinese boundaries but chances are that VPN providers can be targeted for standing in the way of the law of the land. If the government maintains its stringent policies, who knows the sites will be banned in the future and there will be no way for you to register and download your favorite and strong VPN.

Thus, as stated in the beginning, carry with yourself a VPN subscription before entering mainland China.

There is no best VPN for China. A lot will come down to VPN provider’s offerings in terms of reliability, speed, range of servers and customer support. The list above is not exhaustive by any means. Let us know what you think and which VPNs failed to make the list in the comments section. 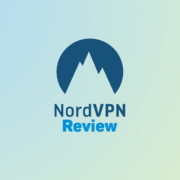 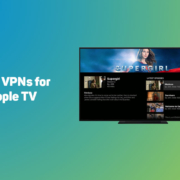 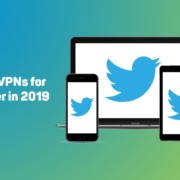 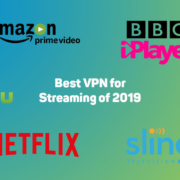 Best VPN for Streaming of 2019 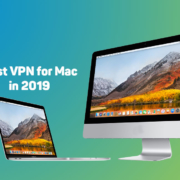 Best Headphones for Android in 2019