Believe it or not, there is a lot of content on Netflix that is not available to the masses because of geo-restrictions. Just because you are in another region, you are prevented from accessing content, and are instead forced to make do with the localized content Netflix is offering. If you want to access all of Netflix’s content, you will need a VPN to make that possible.

Unfortunately, not a lot of VPNs allow you to do so, and quite a few actually work. To aid you in your cause for the best possible streaming experience on Netflix, here are a couple of the best VPNs for Netflix in 2019 that actually work.

ExpressVPN is at the top of the food chain for users that want to access all of Netflix’s content. Why? Because it always works, without compromising on speeds at all!

It does a good enough job to make sure you are safe, secure and anonymous online. This means even if you are using a VPN to access Netflix, but there is actually no way for anyone to track you.

The app is easy to use, offers the best IP addresses, and offers DNS leak protection as well. If you do hit a wall, their customer support team is available 24/7, which is a breath of fresh air.

So, if you want the fastest speeds for Netflix, then ExpressVPN should be your first and only option. The VPN is a bit pricey, but its features makes it worth the price of admission.

NordVPN is another great VPN that works just as well with Netflix like ExpressVPN. The VPN provider operates out of Panama, so you won’t have to worry about being outed for accessing Netflix in all its glory.

The VPN allows you to access Netflix from different regions, all the while offering spectacular features like tracking protection, double VPN connections, ad blocking and so much more.

NordVPN is incredibly easy to use with Netflix, and it too has a customer support team that is available around the clock. If the price may be a bit steep, rest easy knowing you can take advantage of its 30-day money back guarantee if you are not satisfied.

VPNArea may not be as popular as the VPNs mentioned above, but it has made a name for itself. When it comes to Netflix, you can access localized versions of the US and UK. You get plenty of bandwidth here to play with, so you can stream all you want, even in HD for that matter.

The VPN does offer customer support via live chat, so you won’t have to worry about being left out to dry if and when a problem arises. It is also considered a good VPN for Android devices.

VyprVPN excels at the apps department, which are the finest you can get your hands for all of your devices. This also means you can enjoy unrestricted Netflix no matter what device you own, which in itself a feature of its own.

You have a wide variety of customer applications, which are not only stable but well designed too. When tested for Netflix, the service as a whole did not disappoint one bit. It optimizes your performance for you based on your location so that you do not have to worry about stuttering issues while streaming your favorite movies and TV shows on Netflix.

What is interesting about this VPN in particular is the fact that it offers a unique VPN protocol, referred to as Chameleon. It serves delivers DNS/IP leak and malicious sites filter.

Even though VPN.ac is primarily about privacy and security, it manages to do well for internet users that want to get access to Netflix and all of its content. It may not be for streaming, and they don’t even advertise it as such, but VPN.ac works surprisingly well with Netflix US.

Based in Romania, this VPN provider offers advanced encryption protocols. You also get the fastest speeds imaginable, something not to be expected from a VPN that specializes in privacy and security.

Unfortunately, the only way to get your problems solved with VPN.ac is by an internal ticketing system. Live chat would have been preferred, but their system is actually quite responsive.

You will come across numerous VPNs claiming they can grant you access to Netflix from all regions, but do not fall for these claims immediately. The VPNs mentioned above should be at the very top of your list for Netflix, but if you want another VPN altogether, you will have to do your homework about it to ensure you have some sort of safety bracket that will save you in case things do not turn out the way you wanted them to. 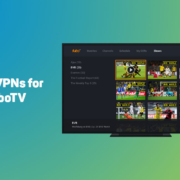 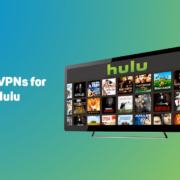 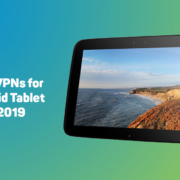 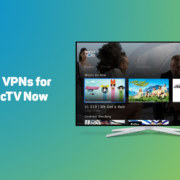 Best Headphones for Running of 2019
Scroll to top